Do No Harm: Short tale on Versioning

Here’s a little story inspired by true events. It’s 7.30 PM on a Sunday. After weeks upon weeks of hard work, you are now one commit away from releasing the new uber-awesome-oh-so-incredible (TM) application that will revolutionize the entire world. You can already see the millions of happy faces with each keystroke as you are about to push your latest changes. But you decide to do your due diligence. A new bug fix for the library you’ve been using to connect to your main datastore has been released. After reading the release notes, you realize they’ve fixed a pretty significant bug you were unaware of, so you decide to update. After all, it’s just a bug fix. Nothing should break, right? right? Wrong! 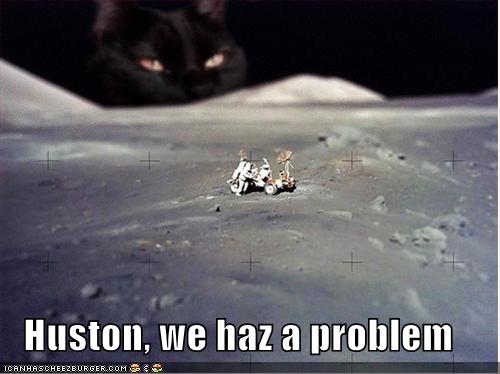 As it turns out, even though you went from version 6.3.1 to version 6.3.5, your code no longer compiles. Breaking changes to the API have been introduced in the bug fix. But you’re the resilient kind, so you decide to fix it. 1 hour later, all the tests are passing, you are ready to push to your Cloud CI service. Everything works locally and on another machine. You are done….or so you think…

It’s 8.30 PM, you receive notification that the build is broken. Everything still works on your machine, yet the library for the secondary datastore you use for analytics no longer works on the CI.

You quadruple check the version to make sure that all your working environment have the same version of that library. You contact your Cloud CI support team to ask if anything has changed with the way they deploy the database for testing. It has not. So what could it possibly be?

Out of the desperation, you use virtualbox to create a VM on which to run your tests. They fail for the same reasons they did on the CI. The world stops making sense.

After a bunch of failed attempts at fixing the problem, you decide to clear any potential caches you may have on your local environment. Lo and behold, the bug is reproduced. As it turns out, somebody updated the library you’ve been using (introducing a bug in the process) and published it to their hosted maven repository, but they did not increase the version.

It’s 1 AM Monday morning, you’ve missed the release. This would not have happened had the maintainers of those public libraries had followed Semantic Versioning and proper package management and distribution practices.

With Semantic Versioning, the version numbers help consumers understand the type of impact they can expect from adopting the newer version of your API. For example, if only the PATCH version increases, you know it’s a bug fix with no breaking changes. It should be OK to upgrade knowing your code would still compile. A MINOR version change would indicate that new functionality/improvements have been made in a backward-compatible way, i.e. it is still safe to upgrade although it could be advantageous to start using the new functionality if the old way has been marked as obsolete/deprecated. A MAJOR version change on the other hand makes no promise on backward compatibility. Any consumer of your API would know that they have to do more work to adopt your new version, and it’s OK. Without such versioning guarentees however, version upgrades can be fairly risky.

There are plenty of package management utility out there (Maven, Ivy, NuGet, RubyGem) to name a few. Those utilities tend to encourage package maintainers to use Semantic Versioning. Unfortunately, they do allow you to delete versions and re-upload them (essentially replacing existing versions). While I can see scenarios in which that is a good thing (e.g. delete a package that was uploaded by mistake), there are plenty of case where that can be problematic (e.g. breaking changes, bugs, etc…)

Do no harm: use semantic versioning and adopt good package management practices.

This is the first of a series of post I hope to start publishing every now and then. Any comments/thoughts are welcome.